We travelled across four countries to get to Biscarrosse, the cradle of the French seaplane aviation. This event was also a special occasion since it marked the 100th anniversary of the seaplane aviation in France.

Seaplane owners came all over from Europe to join together and take the opportunity to fly in France where unfortunately the seaplane aviation is not possible currently. The Lac de Biscarrosse (Lake of Biscarrosse) provided an excellent landing field for the planes not to mention the lake’s beautiful beaches which was also equipped with ramps so it was easy for the planes to park on the ground. No wonder that this place was choose for the seaplane experiment in the beginning of the 20th century. 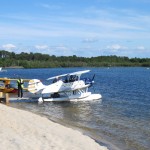 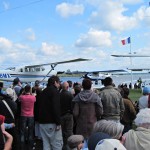 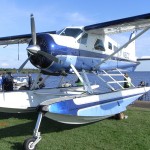 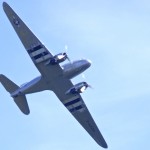 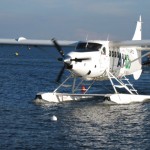 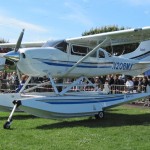 Among the participants, seaplanes of numerous types could be found so it was easy for the public to pick the most sympathetic for a sightseeing tour. It was possible to fly with a two seater biplane, four or more seater Cessnas or a Single Otter which is currently on sale. A beach was crowded every day and enthusiast spectators followed every moment of the air show, which also served specialties as a veteran almost 100 years old biplane and a replica of a PBY-5 Catalina flew over the water fascinating the public.

The great attendance for the festival shows that there is real future for the seaplane aviation. We do hope that the same could be told some day in Hungary.

4 thoughts on “Celebration in Biscarrosse”