The Shin Meiwa PS-1 and US-1A are large STOL aircraft designed for anti-submarine warfare (ASW) and air-sea rescue (SAR) work respectively. The PS-1 was a flying boat which carried its own beaching gear on board, while the US-1A is a true amphibian.

In 1960, Shin Meiwa demonstrated a prototype flying boat, the UF-XS that featured a novel boundary layer control system to provide enhanced STOL performance. The company also built upon its wartime experience (as Kawanishi) to refine the Grumman Albatross hull that the aircraft was based on. 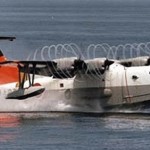 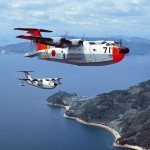 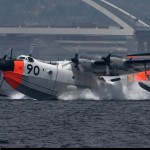 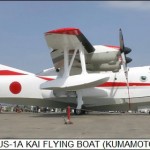 In cooperation with the JMSDF and the National Fire Agency, Shin Meiwa converted the first PS-1 prototype into a water-bombing test-bed; it could deliver a total of 185 tonnes of water, picked up 70km from base, to a site 10km away, in 3 hours 36 minutes. The proposed production version could deliver 315 tonnes to a site the same distance from its base before needing to refuel. 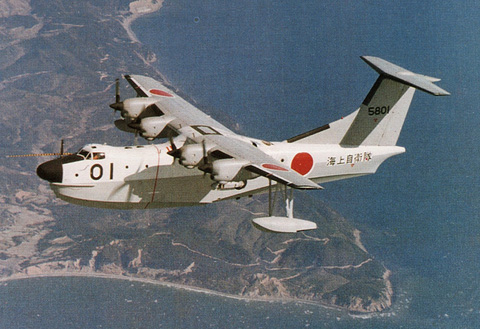