This is a really cool old video of the “Arctic Tern” flying in the frozen north. A lot of cool footage of the Cessna 140 and 170A that Bud Helmericks used on wheels floats and skis.

About his second flight:

“So Helmericks loaded 200 gallons of gas into the Arctic Tern (Alaska’s first Cessna 170) more than enough, he figured, for the 2,200-mile round trip. To refuel, he would land on frozen leads, newly formed expanses of ice as flat as paved runways. 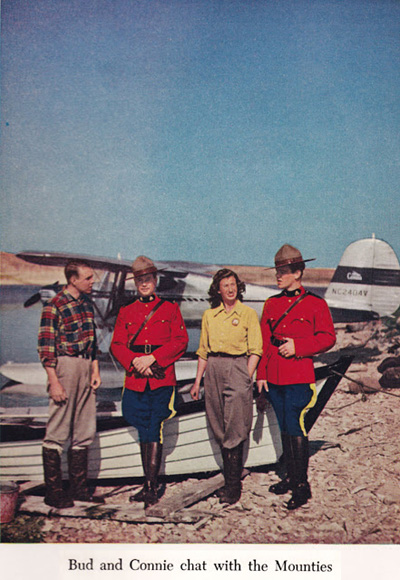 Navigating would be more difficult. By flying north of the magnetic pole, a compass would be practically useless, and 24-hour daylight made navigation by stars impossible. So Helmericks decided he’d use the sun. He drew up a diagram correlating the sun’s position as it circled the horizon with time of day, a foolproof compass as long as he had the correct time. To ensure there would be no mistakes, he took along three timepieces: the airplane’s clock, a gold watch and a cheap wristwatch.

Eleven hours of flying due north at 100 mph, and Bud Helmericks figured he’d be there. Before he took off, Nanny Woods ran out and gave him a loaf of fresh bread. Then he was gone. 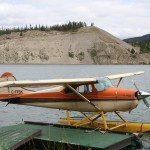 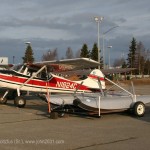 The trip went exactly as planned. The air had that cold and crystalline clarity that often occurs in the spring over the pole. When Helmericks needed to refuel, he’d find a lead, then land, cover the plane, eat, drink tea and rest. From the air, Helmericks says, he saw “just miles and miles and miles and miles of ice.” When he reached the location he figured must be the North Pole, he didn’t even land. “I just circled and started back home,” he says. “I didn’t want to start using up my fuel.”

When Helmericks returned to the Woods camp, two days after he started, he simply covered up the plane, tied it down, and went inside to get something to eat. No press conferences, no publicity, no fanfare.

Outside of his family and close friends, almost no one ever knew what he’d done.”

One thought on “Arctic Flying with Bud Helmericks 1950’s”