All seaplane fans from all around the world are waited for the information about the new Rutan’s seaplane, named SkiGull, at EAA AirVenture Oshkosh 2015. Although SkiGull prototype has not manufactured yet, but the world famous aircraft designer gave details about his retired project for the audience. 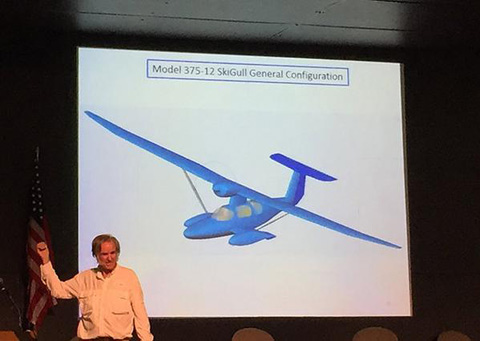 Rutan presented the SkiGull design and reported on the progress of his project in front of about 300 people at Oshkosh.

According to Rutan, he wants to travel to any place without using any built airfield. His SkiGull designed to conduct take-off and landing from practically any surface, including water even large ocean swells, unimproved grass fields, rocky beaches, asphalt road, snow or ultimately conventional runways. Due to this principle, Rutan selected a new Rotax power plant that uses the same type gasoline that you can fill in your car or boat. 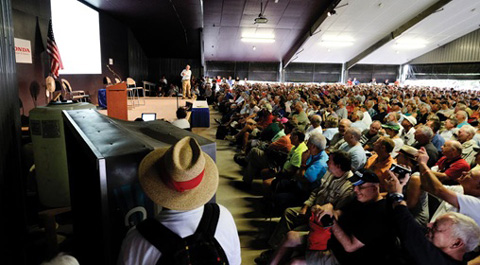 Rutan believes there are some significant shortcomings to common seaplanes: they are noisy, slow, short-ranged, and inefficient, they are not against the corrosive effects of salt water, often they cannot due to the big waves.

He said some years ago that the American supersonic seaplane fighter named Convair F2Y Sea Dart gave the idea to him about his project. Sea Dart – see above – used a dual-ski configuration for take-off and landing. Rutan applied and developed further this – seventy years old – neglect solution. Referring this he gave the name of SkiGull to his new seaplane. 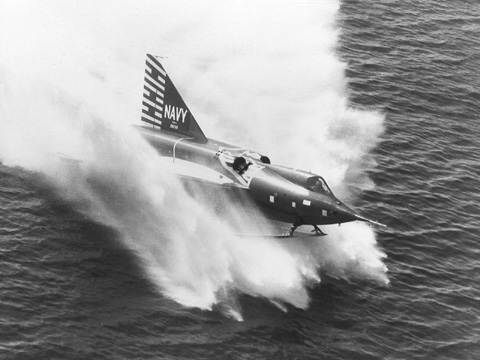 The SkiGull will use skis with hydraulic shock absorbers for take-off and landing. He already built a wood ski replica, put it on the front of the boat of one of his friend, and conduct speed tests. Rutan estimates that SkiGull will take off only within 12 seconds while moving 140 meters.

In addition to the ski it has a flap of the wing to provide extra lift at high power and also on the wing pair of electric motors with reversible propellers that can provide a power boost at take-off. The airplane will be able to land not only on water but also on asphalt road as well, in this case four small ten centimetres wheels will protrude from each ski for hard-surface landings and there is a tail wheel for ground steering. Seaplane can steer one or the other direction with its electric propellers. The seaplane also can go parking ashore from the water with its ski. 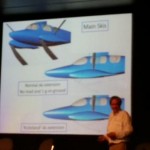 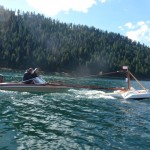 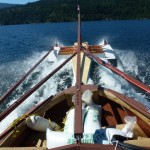 In the air Rutan’s new seaplane will be speedy and has extra-long range. The inventor estimated that SkiGull would have a high cruise speed of 260 km/h. It will be able to fly nonstop 4000 km, which is the distance from Hawaii to California. I think that is really impressive from a little seaplane.

The SkiGull also features a strut-braced wing mounted high on the fuselage. The wingspan is 16 meters, like a glider and foldable and therefore it fits into the skull of a garage as well. The high-performance is natural from the man who had designed and built the Voyager and Virgin Atlantic Global Flyer. Remember, both aircraft flew around the Earth without any stop. 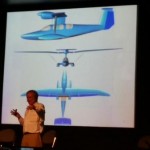 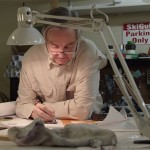 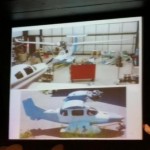 Burt Rutan is the “Imperator of Composite”, he founded his Scaled Composites Company more than twenty years ago, and so there is no question that SkiGull will be made by full composite. Due to this fact it can resist to the damage of salty sea water.

Rutan has promised for the audience at Oskosh that he completes the SkiGull and take off with it as soon as possible. As he said at the event, he previously promised to his wife, that they will make an eight-month long trip around the world with the SkiGull, while they will not reach any airports and receive any services from airfields. 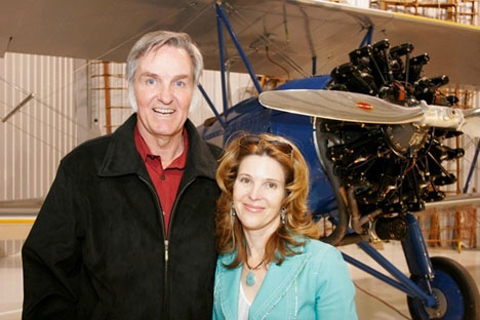 We hope that the special SkiGull with the Rutan family will show the unlimited possibilities of seaplane developments.