The seaplanes have become indispensable to extinguish forest fires. This compilation shows the firefighter seaplane types that are in the vicinity of the forest taking up water for extinguishing forest fires all over the world today. 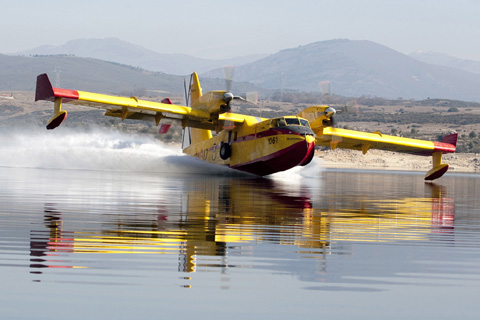 Most fire service in the world the pictured Bombardier 415 Supercooper type is used, nearly one hundred were built of it in Canada. The Bombardier 415 seaplane requires 1300 metres of flyable area to descend from 15 metres altitude, scoop 6000 litres of water during a 12-second 400 metres long run on the water at 130 km/h then climb back to 15 m altitude.

Equipped with Wipaire amphibious floats Air Tractor’s AT-802 Fire Boss is the smallest between of the water bomber seaplanes. It can scoop 3000 litres of water in 30 seconds and be on its way again to the front lines in just minutes. 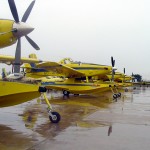 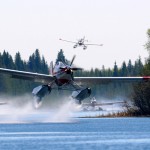 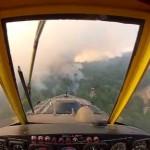 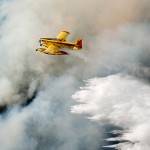 A few years ago I made a video interwiew in the cockpit of the jet Beriev Be-200 in Gelenzhik. Its firefighting version has eight ferric aluminium alloy water tanks are located under the cabin floor in the centre fuselage section. Four retractable water scoops can be used to scoop a total of 12 000 litres of water in 14 seconds. Water can be dropped in a single salvo, or in up to eight consecutive drops. The aircraft can empty its water tanks over the site of a fire in 1 seconds when flying above the minimum drop speed of 220 km/h. 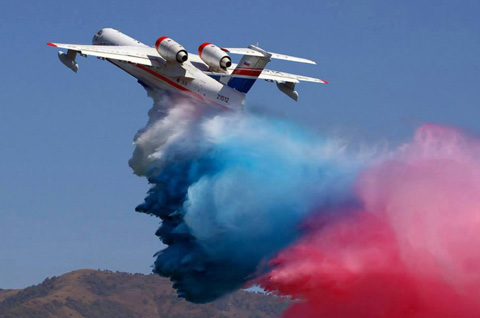 Last but not least, the Martin JRM Mars water bomber flying boat, in older age was a giant. Still capable of flying Hawaii and Philippine Mars can working in tandem, this equates to 27 000 litres every seven minutes and each drop can cover an area of up nearly to 2 hectares.

Who has seen fire fighting seaplane water to pick up or put out a fire, write a comment in here or take a picture about it.