Recently, we have explored the Hungarian built Lohner L-127 flying boat at the historical museum of the Italian Air Force in Bracciano. A previous model of the aircraft was the first seaplane in the world to sink a submarine. 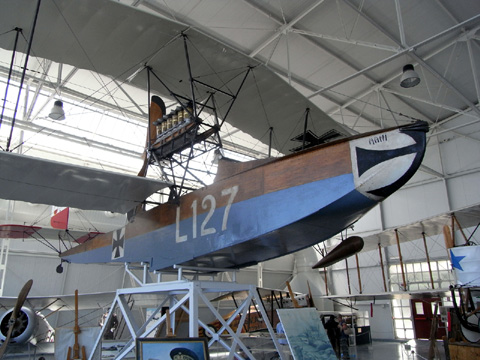 The head of the navy of the Austro-Hungarian Monarchy realised 100 years ago, early at the beginning of the world war that aviation had a lot more strategic potential than just the aerial reconnaissance of the enemy. Machine-guns and bombs were needed on board. Concerning performance requirements, the priority was to arm the two-man crew. Owning a machine-gun by the observer, bomb load of at least 150 kilograms and being able to stay airborne for 6 hours were the criteria to be met by the plane.

These requirements were not groundless at all, they were based on a previous model of the Lohner aircraft factory of Vienna which served as spy plane in the Austro-Hungarian navy at the beginning of the war. The improvements were carried out by the engineers of the Lohner factory in cooperation with the engineers of the naval air force base of Pula.

Within a year, the prototype of the reconnaissance and bomber seaplane, which even exceeded the expectations, was ready. The base of the aircraft is a wooden boat with fabric-covered, slightly swept-back double wings of 16 metres. The pilot and the observer sat side-by-side in the front of the boat, with the pilot on the left. It was important to make sure that the range of the machine-gun is unhindered so the engine was mounted behind the people, between the upper and lower sets of wings. 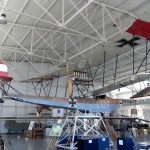 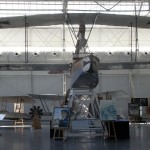 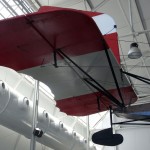 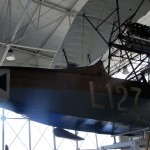 Even the first Daimler engine was 150 HP which drove a pusher propeller. At the speed of 100 kilometres per hour the flying boat could reach a radius of 600 kilometres but under fighting conditions this range diminished to its half because of the backtracking. The engineers exceeded the expected bomb load capacity. The Lohner L was able to carry 200 kilograms of bombs in the back of the boat. The approximately 30-kilogram-heavy bombs were released by the observer himself to hit the target. By overfulfiling the expectations, two people could be saved from the sea as well, taking the place of the bombs and making the aircraft a four-seater.

Almost 100 seaplanes were built with stronger and stronger engines in the middle of the war and even more, running under different names. Two historic combats made the Lohner L flying boat world famous. One of them was a victory while the other could be referred to as an utter failure.

During the war, military seaplanes attacked in squads. When one of the aircrafts got damaged and made emergency landing, the other flying boat could rescue the crew and set the wreck on fire with the help of a flare pistol and waited until the plane sank. 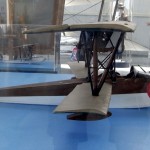 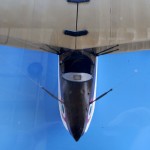 In May 1915, during an attack against Venice things went wrong and after the emergency landing the seaplane itself and the crew of it were captured by the Italians. A proof of the excellence of the seaplane is that the Italian Macchi aircraft factory started to produce their own model based on the booty within a month – only the model is showcased in the museum – and including the improved models as well, the factory had produced hundreds of seaplanes.

In September 1915, Lohner L was the first flying boat to sink a submarine by bombing. The French captain and his deputy were rescued by the seaplane landing next to the sinking wreck and were captured as prisoners of war.
The photographed Lohner L-127 flying boat in the museum was built in Hungary as the main aircraft factory of the Austro-Hungarian Monarchy, the Ungarishe Flugzeugwerke AG (UFAG), the Hungarian Aircraft Inc. was based there. 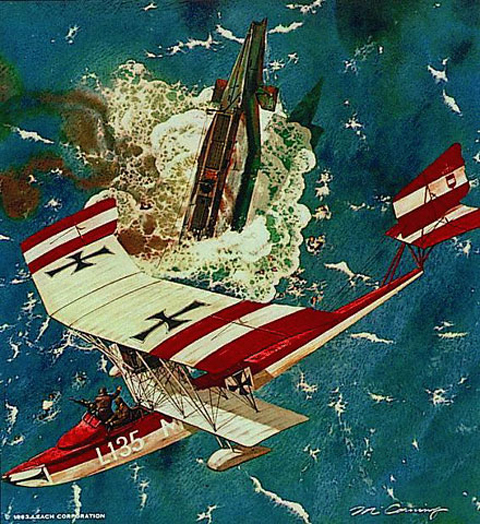 The military seaplanes, manufactured according to the Austrian licence, were launched for the test flight in Albertfalva which is located on the bank of the Danube of Buda. This model had been stolen by two Italian sailors at the end of the war in 1918 who managed to fly across the front and reach Italy.

It is due to the equity of the Italians that the captured Lohner L-127 seaplane has been preserved and renovated throughout the years and, as it can be seen in the photographs, today it is the pride of the military museum of Bracciano.