Few years ago Ivo Boscarol’s team won sponsored by Google and NASA the Green Flight Challenge. Its four-seater electric airplane, the Pipistrel Taurus G4 flew 200 miles in less than 2 hours and used less than one gallon of fuel energy equivalent per passenger. Since the victory Pipistrel CEO Ivo Boscarol continues developing electric and hybrid propulsion for aircraft with Siemens and universities. This team’s latest project is the HYPSTAIR, we hope the seaplanes are going to use its results in the near future. 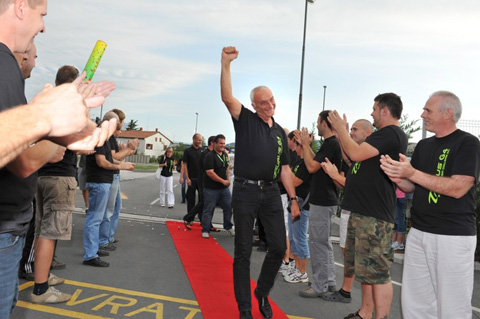 We wrote the first and last article about electric-powered seaplane experiment six years ago, but unfortunately from this time it had not been any development. Therefore, we got very happy the news that the Slovenian Pipistrel and the German giant Siemens jointly develop the electrical and hybrid-driven aircraft engines.

Project HYPSTAIR has received funding from the European Union’s Seventh Framework Programme for research, technological development and demonstration under grant agreement no. 605305. The Pipistrel Aircraft is leading the project, partners are Siemens AG, MBVision, University of Pisa and University of Maribor.

A major step towards electric powered air travel was achieved on 9th February 2016 with the power-up of the world’s most powerful hybrid electric powertrain for aviation in a project led by Pipistrel. Hybrid-electric powertrains are a new breed of aviation propulsion, which extend the range of all-electric aircraft while being environmentally friendly and quiet. 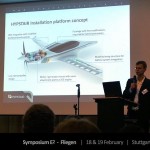 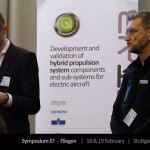 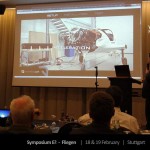 All powertrain components developed by Siemens during the project represent the state of the art of electric flight propulsion. The drive motor, delivering 200 kW take off power and 150 kW continuous, and the generator, delivering 100 kW feature a power density exceeding 5 kW/kg and dual windings with four power controllers to provide unprecedented reliability.

Further element of innovation is the Human-Machine-Interface designed to simplify the operation of a complex powertrain. A single lever with haptic feedback is used to apply power and a new integrated cockpit display to monitor the powertrain status and performance.

Following the extensive laboratory testing of components and the integration on a representative airframe at the Pipistrel aviation factory in Slovenia, the successful power up trialled all propulsion modes at low and high powers, driving a specially developed five blade low rpm, low noise propeller. Tests of take-off power were performed using combined output of the generator driven by a turbonormalised engine and the high-performance battery custom developed to support high discharge rates.

Pipistrel CEO, Ivo Boscarol said: “We are proud of what HYPSTAIR represents for the development of electric flight. It demonstrates the possibility for general aviation class aircraft to be electrically powered and it confirms the vision of Pipistrel – we were the first to design a four seat aircraft, the Panthera (pictures), which can be alternatively equipped with three different propulsion types: piston engine, electric motor or hybrid powertrain.

Project HYPSTAIR represents a major step in the direction of a hybrid aircraft and an opportunity for Pipistrel and other general aviation aircraft manufacturers.” 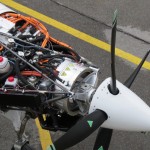 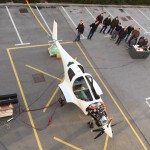 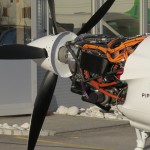 Frank Anton, Head of e-Aircraft and the initiator of electric aircraft development at Siemens AG: “Siemens is developing electric drive systems with highest power-to-weight ratio for aircraft propulsion. Only with innovation we can solve the problems of rising fuel costs, rising passenger demand and rising environmental regulation.

Innovations developed for the HYPSTAIR hybrid-electric powertrain will be instrumental in making aviation more sustainable in the long run. As electric drives are scalable, we can expect that in the future also larger aircraft will use electric propulsion.

The world is becoming electric, whether in the air, on land or at sea.”

Previous articles:
About FUSETRA European project
King of the electric flight and the seaplane (Hungarian)