Han sent this photos about Dornier 24 historic seaplane to our Seaplane International blog.

Han wrote “Dornier Do 24 T-3 C/N 2134 in the restoration hangar at the Museo del Aire, Cuatro Vientos Airport, Madrid, Spain. I took these photos in July 2011. I have no updates about its condition since then.”

The Dornier Do 24 first flew on July 3, 1937 powered by three 600hp Junkers Jumo 205C diesel engines and 170 were built for the Luftwaffe during World War II.

A further 48 Dornier 24T-1 aircraft were built for the German war effort by SNCA du Nord in France. Twelve Dornier 24T-3 aircraft were delivered to the Spanish Air Force in June 1944 and the type remained in service in the country until the 1970s. 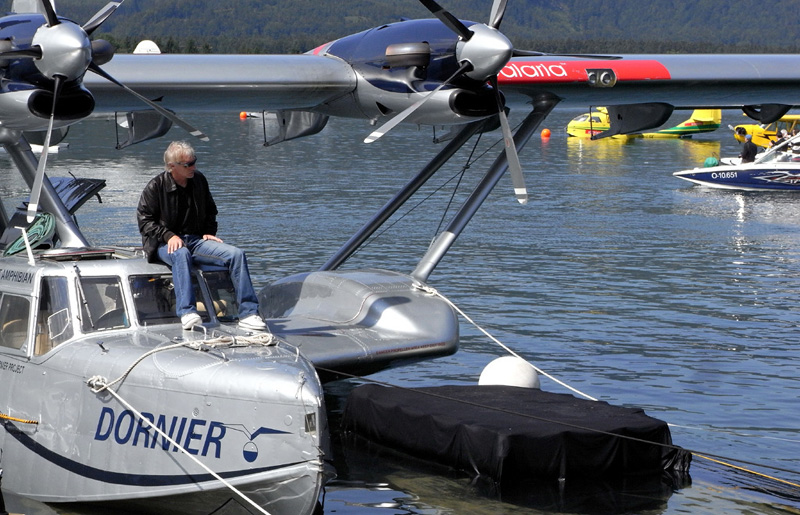 Iren Dornier sitting on the Dornier 24ATT at the festival Scalaria

One aircraft was converted by Dornier to turboprop power in the 1980s as the Dornier 24ATT, more our post and videos about it the links below.