Under present conditions in Greece, the execution and implementation of the Seaplane Operations Platform (SOP) project will have to run simultaneously at the next three fronts.

1. The setting up of a special legal infrastructure to implement the development of this SPECIAL PURPOSE PROJECT which is the creation of the basic platform necessary for Seaplane Operations to come to Greece and become part of the main stream transportation industry.

This means no tendering processes for the acquisition of suitable locations and other exclusive treatment in acquiring permits, licenses, development partners, etc. The unencumbered one-stop-shop of an approval process without the usual back-and-forth.

2. The acquisition of key locations for the development of the main hub and sub hubs throughout the country. The chosen locations should be dealt to the project without tender and as part and parcel of making state assets available for lease for the sought after development of the Greek economy and creation of real jobs in the private sector and especially in this new industry.

3. The financing and building the SOP Project:

Mission: The SOP for Greece is intended to provide the basic infrastructure requirements to facilitate efficient and effective third party operations of Seaplanes throughout the Greek coastline, the islands and various points of third country access.

Corporate Organization: The entity that will build and operate the SOP will be organized as a private company and incorporated under the laws of Ireland with the objective to facilitate the implementation of private investment. A Greek subsidiary will be set up in Greece to receive Greek and/or EU state sponsored direct investment and/or loan guarantees. It will also implement and execute the plan on the ground to develop the SOP.

Sources of Capital: Investment in the project will be sought from private sources, public sources directly or through guarantees and/or sweat capital from contractors and other service providers. The company will issue its shares for funds and sweat capital it receives. The shareholders of the company will be its owners. The shareholders will appoint the Board and the CEO that will be responsible for the implementation of the plan to build the proposed project and run the resulting operations. A Business Plan will be available to make the case for financial projections based on revenue sources and operating expenses as well as future potential for growth and the viability and sustainability of operations and income growth for the company. 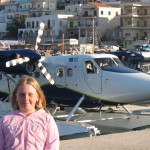 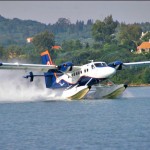 Proposed Infrastructure: The physical locations to build the terminals (hubs) will be leased from Greek State assets. These assets will consist of suitable locations in commercial ports, marinas and/or unused coastline at the designated areas best suited for the plan. The proposed infrastructure to be developed will consist of one Maintenance Facility, Terminal Structures, Floating Dock Systems, Fuel Storage Facilities, Fuel Distribution Tank Boats and IT Infrastructure. Add-ons, under special arrangements with providers, will be renewable energy solutions at the terminal (hub) locations. The main terminal and hub will be located at the Faliro Delta area, near down town Athens.The rest of the terminals will be strategically located in various coastal and island locations throughout Greece.

The expertise and know how to build this project as well as operate the resulting facilities and services will mainly come from outside of Greece and particularly from Canada until local expertise is developed in operating and maintaining the infrastructure and the aircraft that will come to provide the service.