Croatian seaplane airline, the European Coastal Airlines brought the seaplane flight back to Rijeka after 80 years. Last week they introduced their new flight to Lumbarda, Korcula and opened their brand new sea airport in Rijeka, many city and county officials traveled the seaplane on board. Gallery opening ceremony. 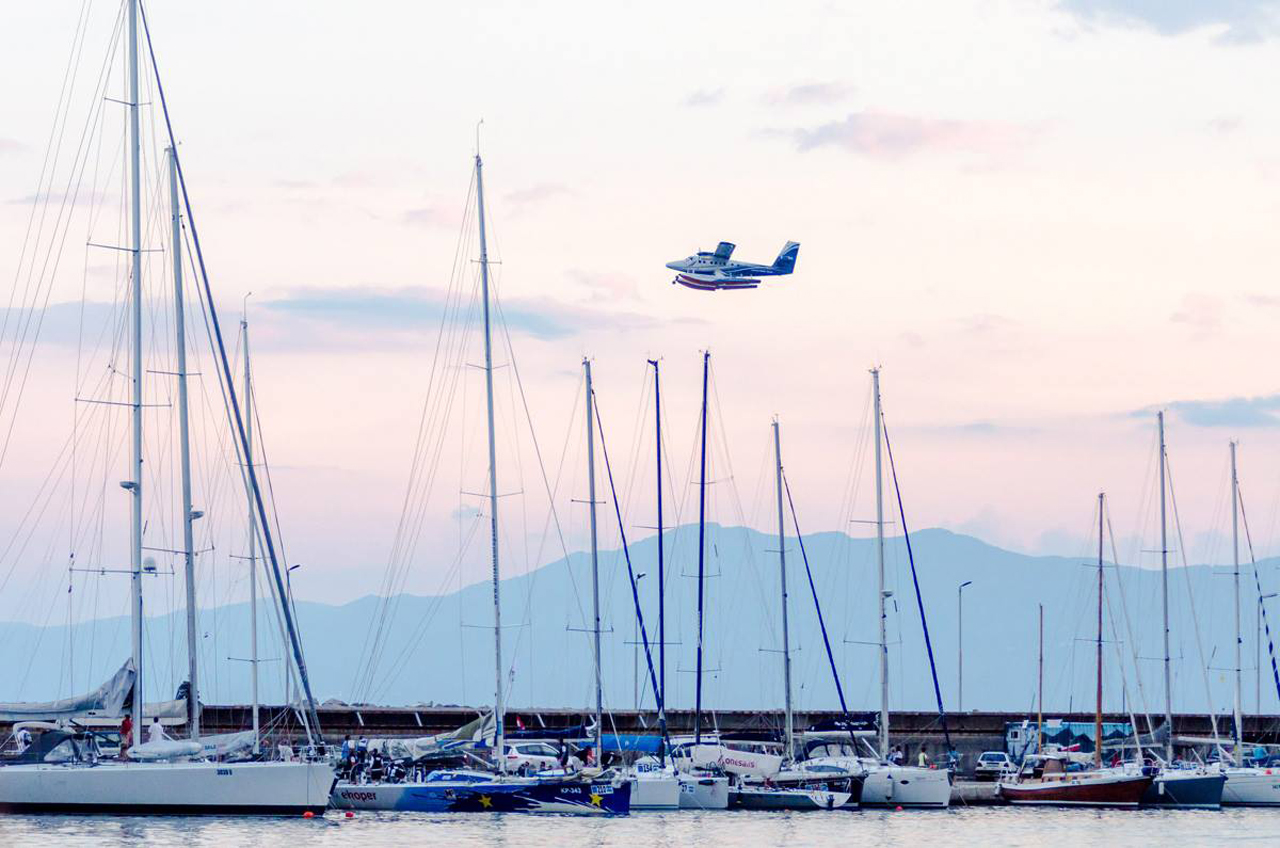 Rijeka opened the seaplane water airport in the heart of the city which is an attraction not just for the tourists but also locals who will now be able to travel to nearby island destinations Mali Losinj, Rab or Novalja. 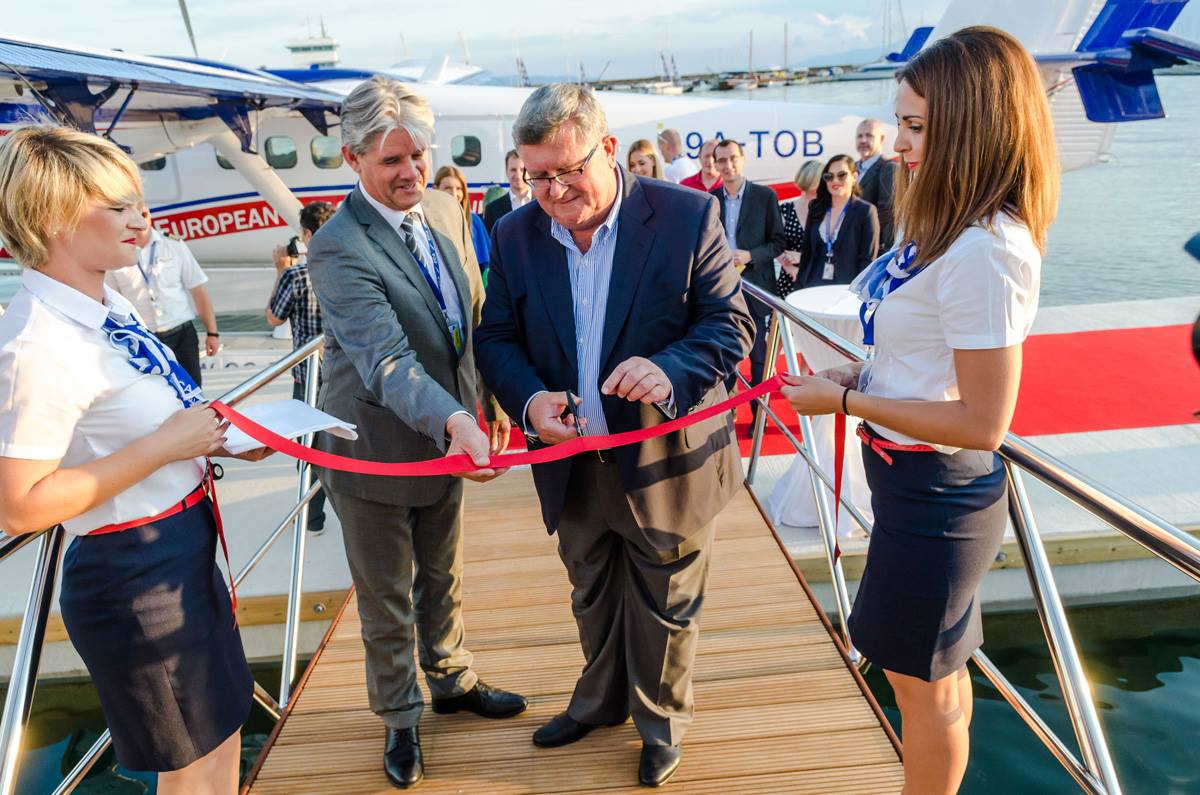 Rijeka mayor Vojko Obersnel – right – took about this local project in the opening ceremony. „The fact that we have this service is extremely important for the development of tourism not only in Rijeka but the entire region.

Rijeka had seaplanes between the two world wars, but their importance now is a lot greater than it was back then, all tradition aside. Now both locals and tourists will be able to travel to Rijeka and nearby islands within minutes, and in the near future to Ancona, Venice, and Trieste. It was a lucky coincidence for us that someone as stubborn and determined as Klaus Dieter Martin from the European Coastal Airlines came along.” 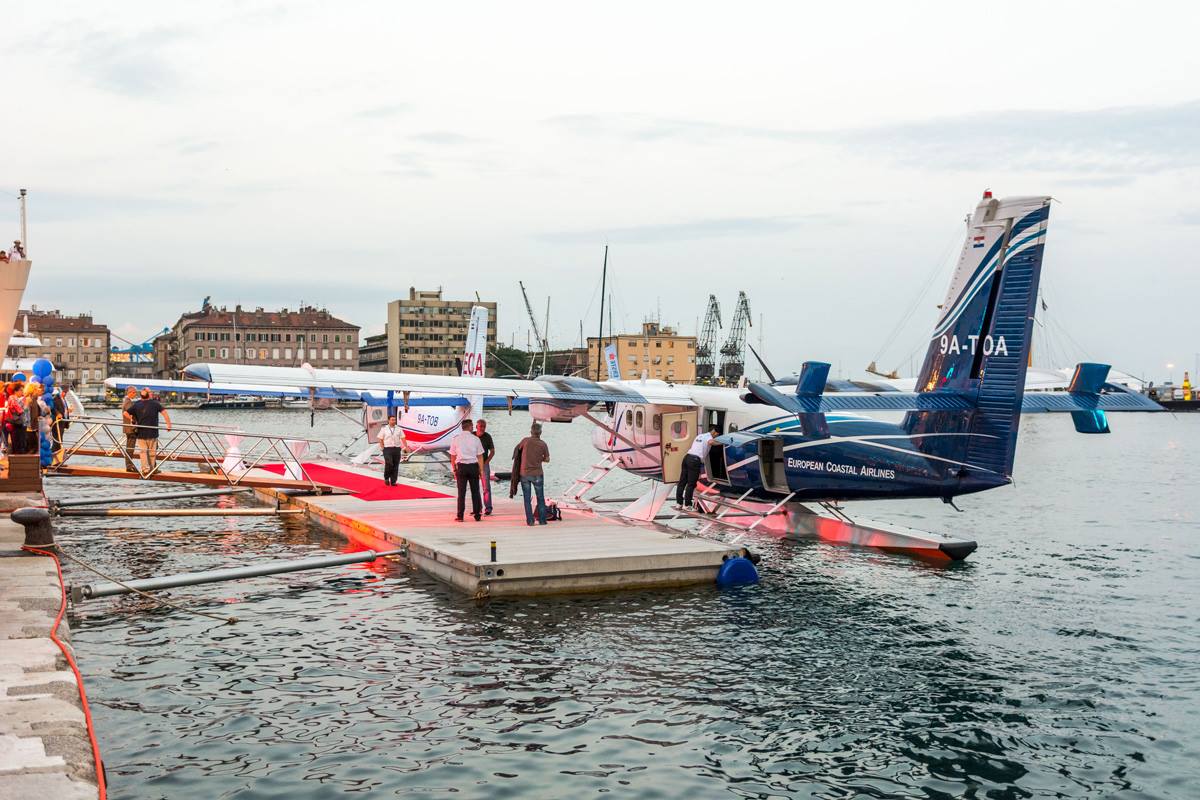 In this spring the ECA airline launched its first international flights to Italy, the first time they landed on the regional airports of Ancona and Pescara, but in this cities ECA also has begun organise the seaplane ports.

We hope that the future seaplanes also fly from Rijeka to Lake Balaton and either Budapest, and Hungary will be the second foreign destination.