Today the business travelers can travel between the two cities by car, rail or air travel, but it takes at least 4 hours. The seaplane service is a long-overdue option, because the passengers can fly from Boston to Manhattan in under 90 minutes. 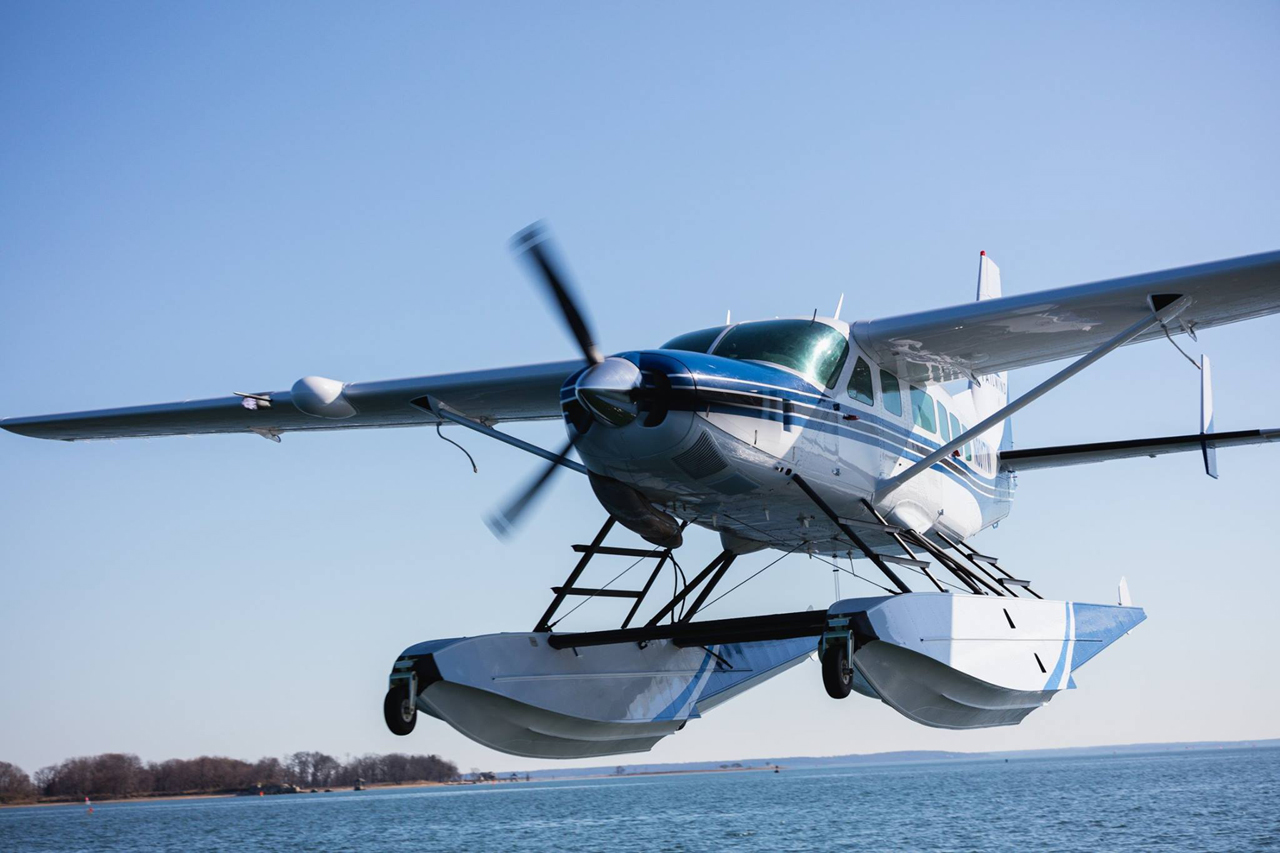 At Manhattan Island (New York) isn’t problem of the seaplane landing, there is a seaplane dock in the East River, near 23rd Street. Seaplanes constantly taking off on the river for sightseeing or the surrounding islands from this seaplane port.

Seaplanes had landed in Boston harbor, but that was long ago, in the 1930s and 1940s. At those time the traffic of Boston Logan Airport wasn’t big over the harbor. Nowadays amphibious seaplanes can start without a special permit from Logan airport, but the travel to airport and the security check would take a lot of time.

After at least two years of preparations and behind-the-scenes discussions, the rival seaplane companies Tailwind and Cape Air will each test a nine-passenger Cessna Caravan in Boston Harbor last month as they seek Federal Aviation Administration approval to use the harbor as a take-off and landing zone. One factor the agency will be watching: whether the seaplanes can safely navigate the busy airspace next to Logan Airport, along with a harbor often crowded with boats. If they receive the federal approvals they need, both companies could launch service within a year.

Tailwind had hoped to begin Boston Harbor service in 2015. But it took longer than the company expected to reach a tentative agreement with the FAA on a landing spot far enough from marinas so as not to interfere with traffic, while still convenient to the shore, chief executive Alan Ram said.

Ram said he’s confident his planes will be able to maneuver safely on crowded summer days, when sailboats and ferries pack the waterway. Pilots would be able to circle in the air until they find a good landing zone, he said, and could land at Logan in the unlikely event that no spot opens up.

A seaplane round trip price would be around 1000 dollar on this route, which is the competitive price of the traditional flights. Daily more flight would be a demand and the two seaplane airline competition would be good for the New York travelers.

One thought on “Seaplane flight between Boston and Manhattan”