UPDATE Firefighter helicopter flew back to help the crash-landed seaplane. One of the pilots of the helicopter says: 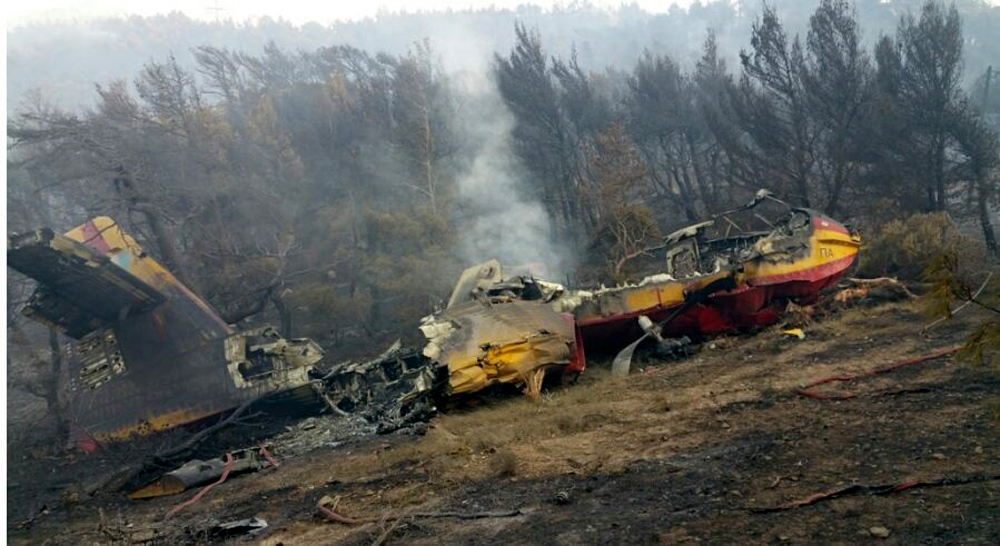 “It was pretty obvious that it had gone down and it was on fire,” Strasser told Skies Magazine. “We decided to switch to light coverage and began dropping water on the plane. As we came in behind the other Crane for our first drop, I was looking out the bubble window and I saw two people on the right side of the aircraft. It looked like one of them was dragging the other out.”

Sunday Hellenic Air Force 355 squadron lost a Canadair CL-215 water bomber, which was grafted a forest fire. During forced landing the pilots were not injured.

Aviation Safety Network webpage, which is a reliable source of air disasters in connection with, wrote:

„Sunday 26 June 2016 the Canadair CL-215 firefighting aircraft was damaged beyond repair in a forced landing accident. Both pilots were not injured. The No.1 engine caught fire while the plane was on a firefighting mission in the area of Dervenochoria, Greece. The crew carried out a forced landing and the aircraft was destroyed by the ensuing fire.”

This images in relation to the following text appeared on Facebook

„After an engine fire, the crew proceeded to an emergency landing onto the burning mountainside. Fortunately, the pilots are safe suffering minor injuries. The aircraft was burned few hours after evacuation.”

The flying of the firefighting seaplane is very dangerous work, as we described in our earlier article.

One thought on “Firefighter seaplane crash-landed near the fire Greece”