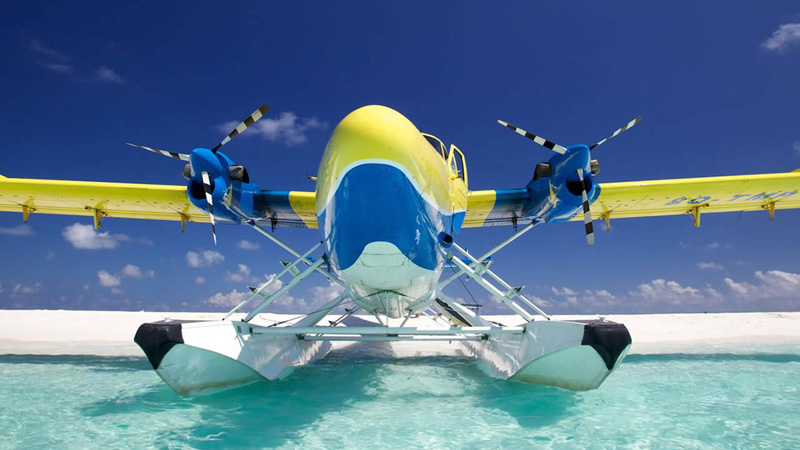 Away from the old, behind the new design

The DHC6 Twin Otter fly from seaplane terminal of the airport to the hotel. Precisely in front of the hotel is a marine pontoon where the passengers and crew transported by boat to the shore.

Two pilots are working in the cockpit. The captain usually came from somewhere in the world while the co-pilot usually local. The third member of the cabin crew is a flight attendant, who are usually men, because passengers have heavy suitcases.

The Trans Maldivian Airways has 45 fleets Twin Otter seaplanes, three of which already are new construction were shipped with the Canadian aircraft manufacturer Viking