One year ago Chinese investors came in the French company Lisa Airplanes, who plans to continue the production in Europe. We asked Vanessa Troillard marketing manager about the LSA aircraft AKOYA of the development and the tasks ahead of the company. 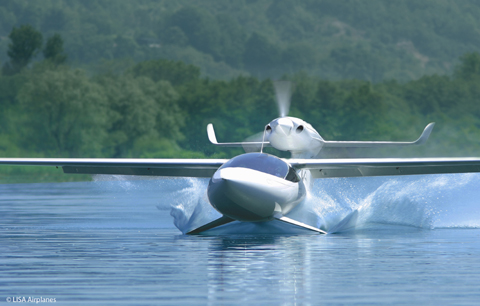 What role did the Chinese investment in the life of LISA Airplanes?

We were looking for new investors to achieve the AKOYA’s certification program and to prepare the production of the aircraft. We got several interesting offers from different investors. The Chinese offer was the best proposal for LISA as they committed to a long-term investment, they shared our vision regarding the positioning & strategy for our product development and agreed the design and production should remain in Europe to maintain a high standard of manufacturing and to oversee the quality and finishes of every single aircraft. Besides, as many other manufacturers did – and especially US manufacturers – choosing Chinese investors was a strategic decision.

We foresee a huge potential for the AKOYA in China. And you cannot really enter this market unless you’ve got Chinese partners. In addition to the funding, our investors work actively in conjunction with the LISA team to build the appropriate business model and environment to launch the AKOYA on this very specific market. China is a brand new market for light aviation and the potential is huge. But before getting an industry that works well, there are a number of issues to solve as there are almost no flying school, no service centers, almost no technician and pilots, etc. There are many subjects to work on besides selling airplanes!

What about Akoya? Does Your aircraft factory develop other types, for example, previously seen LISA’s electric aircraft the Hy-Bird?

The entire team is focused on the AKOYA to bring it to the market as soon as possible. Having said that, from the very beginning, we’ve designed the AKOYA to be the most fuel-efficient amphibious seaplane on the market. There are 2 reasons for this: First, besides having a low-fuel consumption, clean aerodynamics means higher range and speed, which is the soul of AKOYA’s design. Second, the future of electric airplanes doesn’t rely only on battery improvement, but also on aircraft design which will need less power to fly. 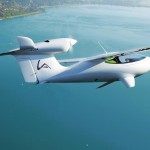 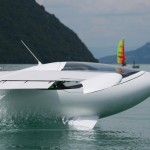 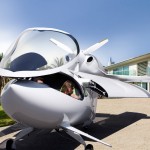 As for the AKOYA, we continue its flight test program. Most of the performances have already been validated. The aircraft behaves really well on water and we’ve demonstrated that the Seafoils technology is going to shake up the seaplane industry by bringing lift, stability and easy maneuvering in water without deteriorating the performance of the airplane once in the air!

Lately, we’ve optimized some of AKOYA’s parts to make it even more efficient. We’re now working on implementing these new parts. This hasn’t been released yet, but we’ll keep you posted!

After three years LISA Airplanes again presented at the world’s largest pilot meeting of the EAA AirVenture Oshkosh in America. What was the different of this year your presentation than before?

It’s important for us to be there every year to present our progresses. This year, we were in the Innovation Center, which is more convenient to display videos and offers a cool place to have discussion with the visitors and customers. We weren’t able to bring the flying aircraft, as we chose not to interrupt the flight test campaign which takes place in France. At EAA Airventure this year, we decided to focus on innovation. 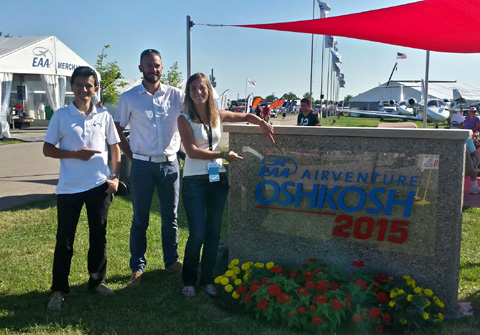 So, visitors could watch videos showing the R&D tests performed years ago and the current production process of our aircraft as well as images of flight tests showing all the assets of the AKOYA’s innovations in terms of versatility and water capabilities, performance in the air, lightweight, comfort etc.

What are Your plans for the future? Where and when will can see the fans and interested persons from the water taking off Akoya seaplane this year?

Bringing a brand new design to aviation is a long way to go. Add to that many unseen innovations and you get an idea of the challenge we’ve chosen to face. It was tough but the pitfalls are now behind us.

Our goal is simple: get the LSA certification to start delivering our first customers, first in the US then in Europe and China, and also in the other countries where the LSA category exists. After having tested the new parts we’re implementing, we’ll launch the production of the compliant aircraft and perform all the test and paperwork for the certification. 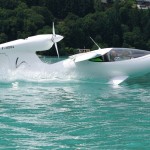 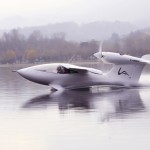 Meanwhile, we’ll offer flight demos next year in France in the heart of the Alps, with a priority given to our customers.

2 thoughts on “LISA Airplanes at the gates of China”