Burt Rutan’s wife, Tonya was published Burt writing of the SkiGull maiden flight and new photos are attached on her Facebook. We publish in a major part of Burt writing and the new photos. Secretly we hope that likes this the Rutan married couple that so you can get more interested people and fans to learn more about Burt’s “retired project” the SkiGull. 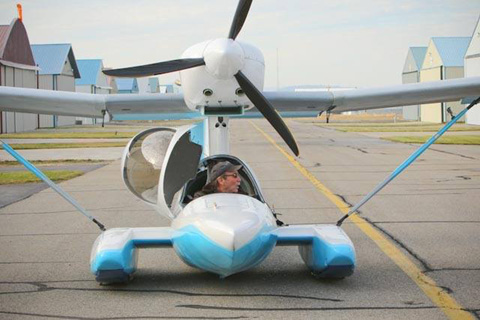 “I have been waiting a long time to provide this update – the 47th new type of Manned Aircraft, designed by me or produced by one of my companies, has now flown! Just in time, since we got our first North Idaho snow just hours after the flight.

While I do plan to continue designing new airplanes, the SkiGull is the very last airplane that I will be personally involved in building. I built SkiGull in my garage starting 20 months ago and it was a grueling exercise for an old guy in his 70s. 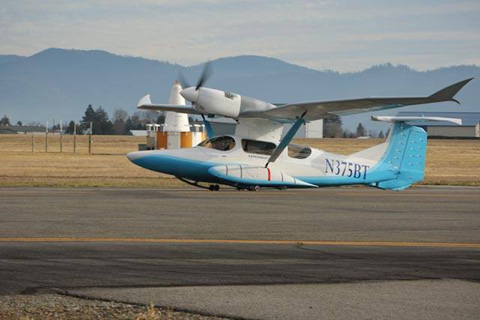 While I will finish the modifications and testing needed to find if SkiGull can reach the goal of being able to handle rough water, ocean swells, beaching on ocean coasts and operating from snowfields, I will not again expose myself of the challenge of laying up sticky composites, sanding foam and carbon fiber, staying up at night to monitor oven cures, etc. I plan to enjoy this new airplane in retirement, including its unique capabilities that combine STOL from all surfaces with ocean crossing range. It has a huge baggage compartment, so Tonya and I might even load it up for golf trips (I had quit golf 2 years ago to build SkiGull).

I have claimed that the Most Fun anyone can have at an airport is to watch the first flight of a new type. Yesterday our test team* preflight briefed the first flight, took off from runway 06 at KCOE, flew for 1.8 hours and landed back on 06. The aggressive test card** included all the basic stability and control flight tests with the cruise configuration and with flap down and skis extended. All maneuvers on the card were performed on this First Flight. Speeds for first flight were limited to less than 80 knots and altitude to less than 8,000 ft.

(* Test pilot, Glen Smith: Tonya’s instructor for her seaplane rating – a very experienced pilot who used to fly airshows in a PT-17 and now makes his living teaching seaplane flying. 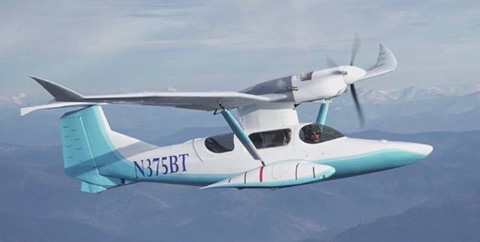 ** Here is the test card for flight one, all the indicated maneuvers were completed in the 1.8-hour flight. The card started with a “Runway-flight with Option to go” A common maneuver at RAF and Scaled wherein the pilot plans only a short hop down the runway, and can go ahead and power up for a real flight if he is happy with what he finds on the short hop. Glen quickly concluded he had a safe airplane and he then powered up to go for altitude:)

Summary of the flight results:

The Good News:
Except as described below in Bad News, the SkiGull proved to have excellent Flying Qualities with no need to fix any flaw. Glen reported the airplane flew straight, perfectly in Roll/Yaw trim with hands-off. The pitch axis has light forces without PIO tendencies and excellent trim (rolling-wheel variable anti-servo tab on the all-flying stabilizer like a Cherokee). 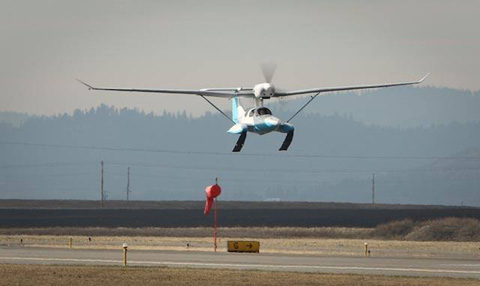 Three-axis static stability is good and pitch/Dutch-Roll dynamic damping are typical for any certified light plane. Phugoid damping is positive and spiral stability is neutral-to-positive. Speed stability and Maneuvering stability are excellent.

Trim changes due to flap and skis are light and easy to control, in fact the small ski-down change is offset by the small flap change, so converting to landing configuration requires no re-trimming. Trim change due to power are less than one pound stick force.

Stall-speed – while we wanted to be able to see the wing tufts from the Cub chase, the Cub had to do s-turns to keep from overtaking the SkiGull’s low speed testing. Clearly the SkiGull stall was lower than the Cub’s stall. Cub was 2-place with about 3 hours fuel and Skill was single place with 5 hours fuel. Its a preliminary conclusion, but having this low stall speed should give SkiGull its predicted STOL capability. 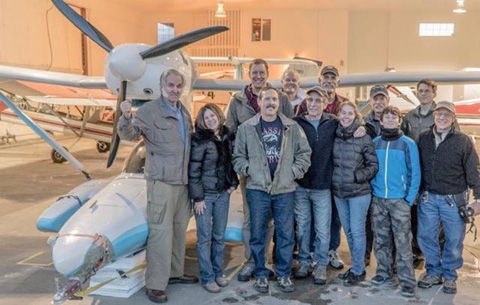 Fuel use, for the 1.8 hours of mostly low-speed testing was less than 3 gallons! The Rotax 912iS, using the new Swift 94 MON avgas, has incredible fuel efficiency of about 0.33 lb/hp.hr at cruise power. We had no data on the engine’s efficiency below 50% power, but it now looks like we still get incredible SFCs at the lower power settings. I now have even more confidence that the SkiGull will have its predicted range of over 2,300 nautical miles.

Seat comfort noise level and visibility are excellent, particularly the forward nose down view – good view of the horizon, even at stall attitude.” Burt writing is following with the bad news.

2 thoughts on “Rutan SkiGull: The Good, the Bad and the Beautiful by Burt Rutan”