AVIC AG600 giant seaplane rolled off a production line in Zhuhai last week. The Water Dragon will be used to fight forest fires and marine rescue missions. The AVIC seaplane factory has no plans to exit the international market, there would be two competitors, the Japanese ShinMaywa US-2 and the Russian Beriev Be-200 seaplanes.

The Chinese seaplane is by far the world’s largest amphibian aircraft, about the size of a Boeing B737. The seaplane has a maximum take-off weight of 53.5 tonnes, a maximum cruising speed of 500 km per hour, a maximum flight range of 4,500 km, and a maximum endurance of 12 hours, according to state aircraft maker the Aviation Industry Corporation of China (AVIC).

In addition to taking off and landing like an ordinary plane, the Water Dragon can also take off and land from stretches of water that are at least 1,500 meters long, 200 meters wide and 2.5 meters deep.

It is destined to become an important part of China’s resources for dealing with emergencies. According to the original design, it can collect 12 tonnes of water in 20 seconds, and transport up to 370 tonnes of water on a single tank of fuel.

With excellent maneuverability and a relatively wide range of search scope, the giant is capable of rescuing up to 50 people far offshore.

Besides, it is very useful in developing and exploiting marine resources, being adaptable to conduct marine environmental monitoring, resource detection and transportation.

According to the AVIC, the AG600 will mainly target the domestic market. 17 intent orders have been placed so far. Damage to the AVIC seaplane factory has no plans to exit the international market, there would be two competitors, the Japanese Shin Maywa US-2 and the Russian Beriev Be-200 seaplanes.

The Japanese seaplane is better two thing than the Chinese. It has an excellent short take off and landing capabilities, which is about 300 meters on the water. For another thing ShinMaywa UC-2 can be operated in 3 meters waves, which is half meter higher than Chinese. 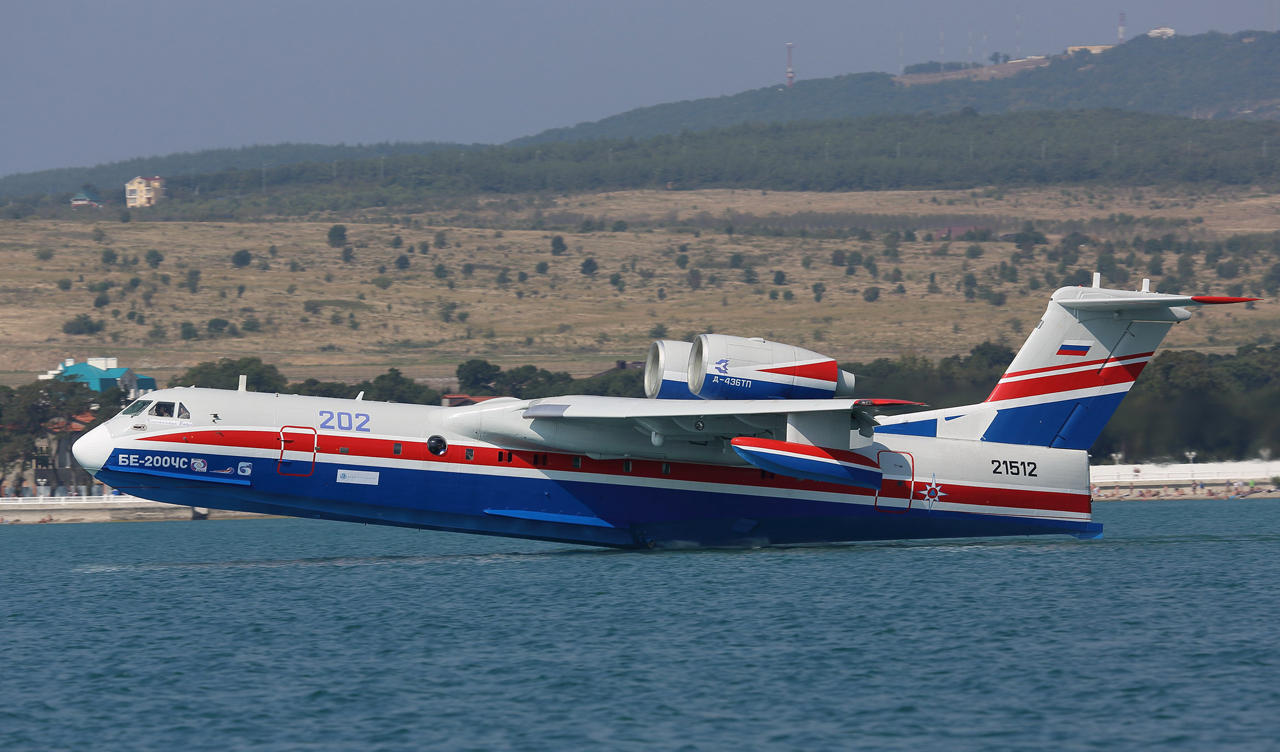 The Beriev water bomber flies faster 200 kilometers than the Chinese and Japanese seaplanes, because it is the only jet seaplane in the world.

All three seaplane would be great for the carriage of passengers, but this feature of the seaplane market for now does not require. The 50 seater seaplanes are big, 10-20 seater is enough today.