Today the Canadian aircraft manufacturer Viking Air Limited introduced the world’s first dedicated seaplane in the near 20 passenger category at the Singapore Airshow. In the picture you can see the Viking floats 400S will be sold a year’s time.

“Increasing sales potential in the relatively untapped seaplane market has led Viking Air Limited of Victoria, British Columbia, to introduce the world’s first dedicated seaplane in the 15 to 19-passenger category, the Viking Twin Otter 400S Seaplane. Recognized as the world’s leading seaplane manufacturer, Viking has developed the new 400S variant of the Series 400 to optimize the Twin Otter platform for commercial seaplane operations.

The Viking 400S is specifically designed as an economical seaplane for commercial operation on short to medium flight segments, and will be offered at a list price under $6.0 Million (USD). Adapted for quick turn-around between cycles, the 400S can achieve a breakeven load factor of around 8 passengers under typical operating conditions. 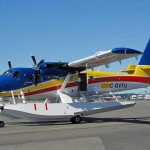 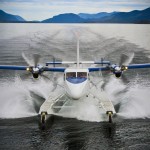 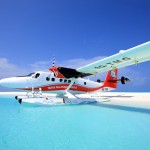 With the Viking 400S, particular attention has been paid to the unique challenge corrosion causes for water-based operations. Corrosion resistant packages for the airframe, power plant, and fuel system have all been incorporated as standard equipment in the 400S, along with additional draining, sealing and prevalent use of corrosion-resistant materials throughout the aircraft. The additional corrosion protection and selected modifications will allow the Viking 400S Seaplane to operate in the harshest marine environments with greatly reduced maintenance costs and down time. 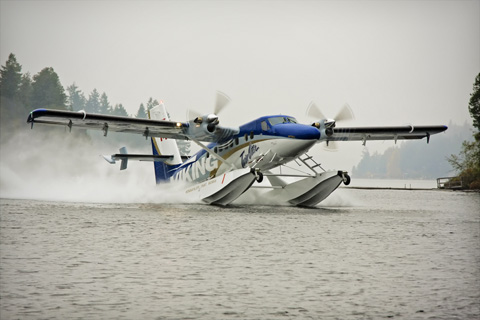 The older type too

“The Twin Otter is already the world’s most successful commercial seaplane, and with the modifications we are making to streamline the flight deck and optimize the aircraft for seaplane operations, we see our market share expanding even further,” stated Evan McCorry, Viking’s vice-president of International Sales & Marketing. “Quite simply, no other twin turbo prop aircraft can do what the Twin Otter can do, especially on water.”

Viking expects customer deliveries for the 400S to commence in first quarter 2017.”

3 thoughts on “New Viking 400S seaplane at the Singapore Airshow”