Recently was the world’s largest annual aircraft pilot’s meeting at Oshkosh, near Chicago, where seaplanes also showcased. Alex McNaught from Australia sent us a reportage with images about osh15. The end of this article we recommend a seaplane captain blogpost, who from Singapore came to the meeting. 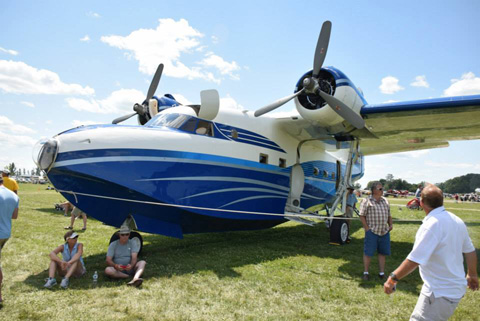 By Alex McNaught, who is the first small picture “The seaplane base, probably Oshkosh best little known secret, is a soothing oasis of trees, shade and grass with many interesting types moored as well as flights coming and going such as Cubs and Cessnas large and small on floats, Seabees, Beaver and in the LSA category Searey, Super Petrel and Icon A5 being very active and giving regular daily demonstration flights.

The Icon A5, after a long gestation and much anticipation, made it’s very first customer delivery on Day 1 at Oshkosh and gave a very handy demonstration of it’s performance in front of an appreciative crowd lining the shores of the small bay at the Seaplane Base. 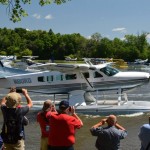 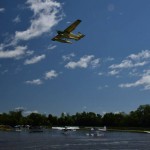 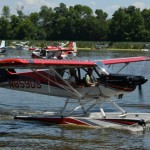 The A5 heralds a whole new approach to LSA with it’s simplified “car like” instrument panel and operation and while priced at another level above more traditional competitive offerings will likely complement that and usher in a whole new breed of pilot.

There was much invested in the Icon A5 stand with high end vehicles outside and A5s on trailers further emphasising the target demographic.

Contrast that with more traditional offerings in the same market such as the Searey which were out in the open and on grass but the plane is half the price and is available in several versions depending on factory build and engine choice. 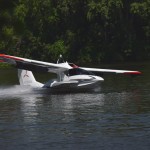 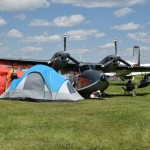 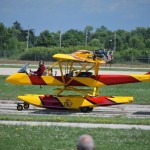 It’s worthy to note the Rotax engines are a common offering amongst all 3 planes such as the Super Petrel, Searey and the Icon so outright performance will be similar but materials, design and aerodynamic performance and subsequent price are all differentiating factors.

It’s worthy to note that at Oshkosh Rotax announced a new engine combining turbocharging and fuel injection with 135Hp rating (up from 100 and 115 from current offerings) to be ready for 2017 and would offer the best of all worlds and give you very handy performance for any LSA seaplane.” finishes Alex McNaught the his text. 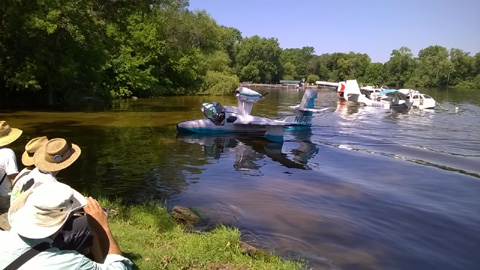 Pictures by Captain Anup Murthy, who reported in a blogpost on American experiences. We quote from the text about Seaplane base:

“On one hand the atmosphere is very relaxed and one can spend some nice time here taking a break from the main event and on the other hand there isn’t much else to do. We saw no contest and flying such as what is common in major splash-ins. The only excitement came from the few demonstration flights/water landings from the 2 notable LSA’s mentioned before (Icon and Super Petrel – 2. and 3. pictures – editor) and those demos drew crowds. 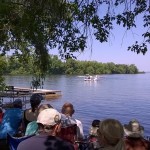 So, the main take away from the show as far as Seaplanes are concerned is that the LSA’s are the only new offerings and while the demos wowed the crowd, may knew that somebody with a recreational pilot license wouldn’t be able to do all those maneuvers and perhaps would get themselves into a whole lot of trouble flying these LSA’s in less than ideal conditions.”

The full blogpost can be read here.

One thought on “EAA Airventure Oshkosh: seaplanes on grass, on water”