One of the airlines makes its living by laughter while the other is more serious. Anyway, they are all-around companies. From sightseeing and marriage till seaplane pilot training, they provide a wide variety of flights to make ends meet. 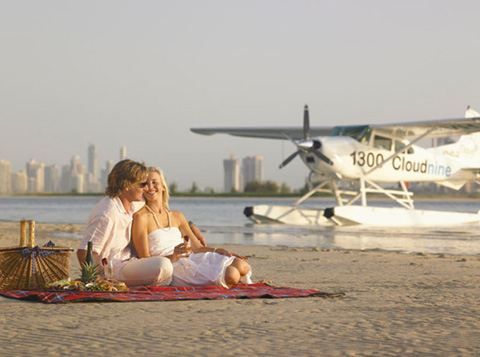 One of them is Cloud 9 Seaplanes. The office is a parasol dug into the sand with the plane attached to it on the Gold Coast of Brisbane. Deriving from its name, the airline is keen to make passengers feel like in heaven.

Before take-off, it is floating that makes passenger laugh while during taxiing it is the pilot in charge. It releases tension and creates a laid-back atmosphere. The Facebook page of the company is crammed with the photos of laughing passengers of all ages and nations. 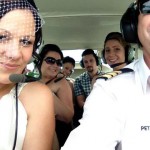 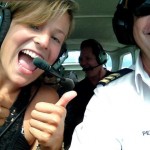 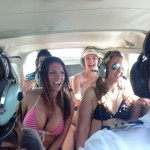 Short falls and steep turns liven the flight up. On request, it is even possible to simulate zero gravity for a short period of time which experience even attracts passengers from the far Japan. We showcase a video in which objects start to float, as the pilot commands. Laughter is a concomitant of flying.

Mesmerised by the joy of flight, the passengers pass the accurate coordinates of the parasol office around on the beach next to the city. Probably that is the reason for the company being passed from father to son and for being able to survive and run the business for almost 100 years.

The other seaplane airline with only one plane is Melbourne Seaplanes. The seaplane is parked in the bay near Melbourne and the terminal is also located there in a useful log cabin. The wife is responsible for selling tickets, organising flights and the life of the terminal while the husband, with around 30 years of experience, is transporting passengers, training students and retraining pilots. 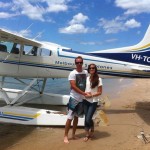 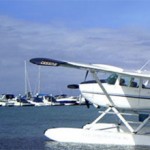 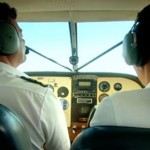 Sightseeing is the main activity of both companies. On the other hand, they are also involved in offering charter flights such as romantic getaways and later the marriage can also be made unforgettable by the aerial carriage. They are training and retraining pilots. In Australia, due to the immense size of the continent a lot of people use their own airplanes to work. It only takes a couple of days to retrain pilots to fly seaplanes. Especially if the model of the seaplane is the same as the other aircraft.

What is more, beside the traditional seaplane-pilot training process, by participating in a short inland preparation, the passenger sitting next to the pilot can also try to do some easy maneuvers such as ascending, descending and turning. Even civilians can try how a seaplane obeys their will.

At last but not least, let’s see the seaplane itself. They are flying with Cessna-206 equipped with floats, which carries 4-5 passengers beside the pilot. Thanks to the high wing configuration, the view is outstanding for all passengers during the flight.

The seaplanes have been earning a living for one of the families for around 100 years while they have been supporting the other family for over 10 years and they are cheering the life of the Australian cities up.