Recently we visited largest general aviation exhibition of Europe in the city’s Lake Constance. Unfortunately we saw few seaplanes there. 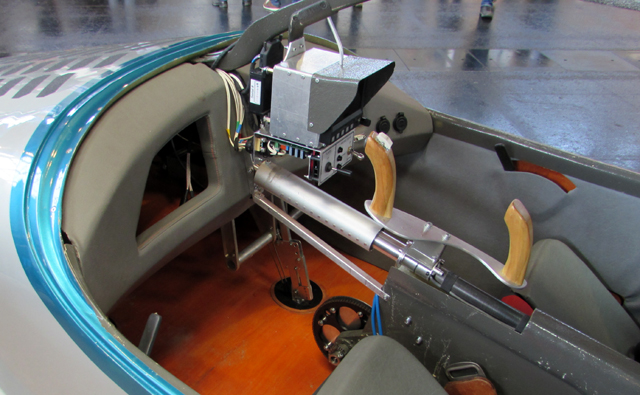 The Finnish wooden Atol 650 LSA amphibious seaplane has a joystick-type solution. Click on the picture has seen the company’s co-founder Captain Recula, who was sitting through recently from his national airline’s DC giant aircraft to the new Airbus A350 XWB.

The fuselage is made of powerful and very easy composite wood. This seaplane is 100kg lighter than other LSAs currently available in the market. It has a cruise speed of 170km/h and maximum range of 1,500km. You can find out more about from the captain’s upcoming interview. 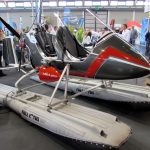 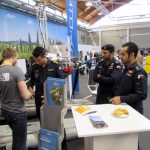 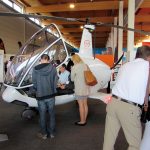 The autogyros will be bright future, it can easy float mounted. Closed cabin, two-seats in side-by-side configuration, comfort and elegance are not an exceptional solution. Floats can buy from Canada or the blue amphibious floats from Italy. The seaplane autogyro use sport and coast guard soldiers fly by it in Dubai. 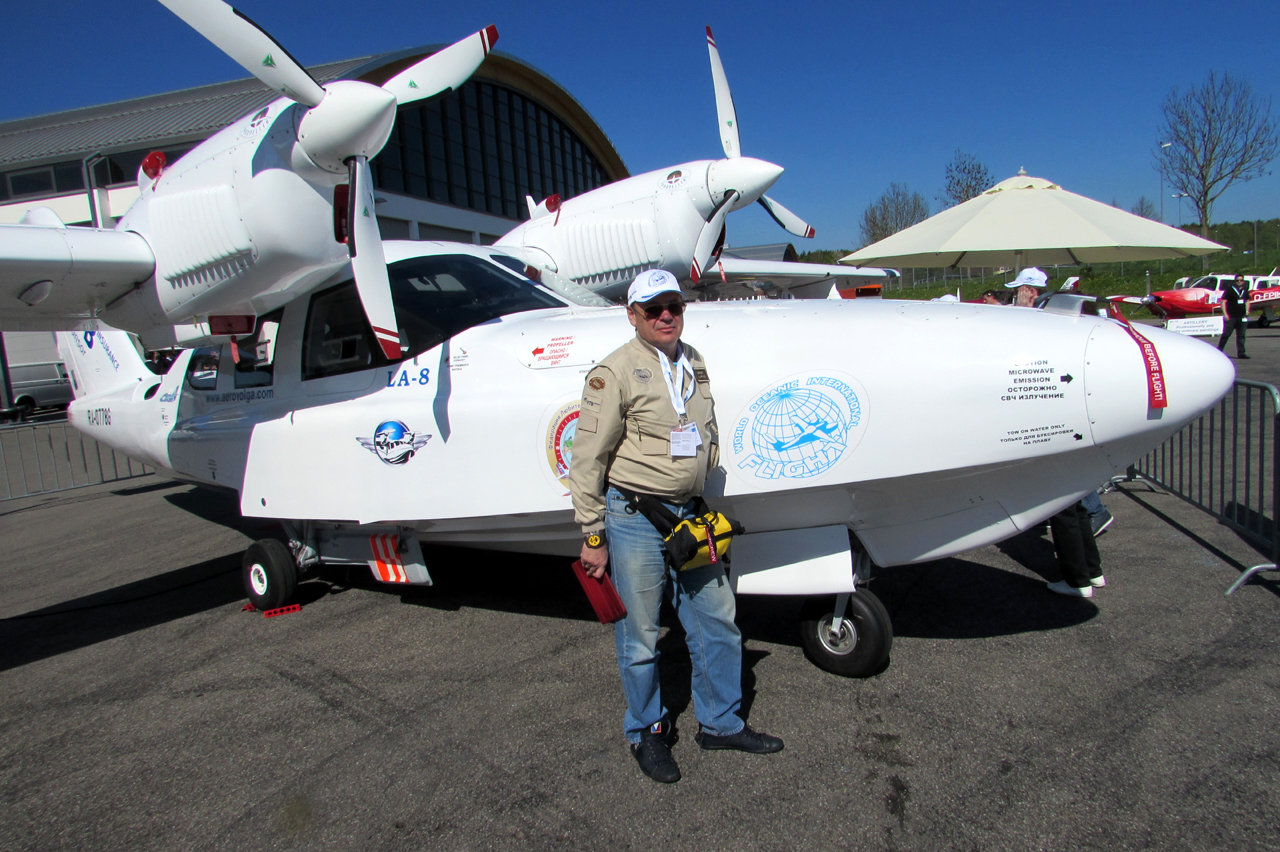 I met again with Captain Alafinov, his family manufacturers the Russian AeroVolga LA8 seaplane. 500 meters is enough for him to take off from water and its cruising speed of 300 km/h. Including the pilot 6 people can travel comfortably almost 4000 kilometers range. Captain Alafinov promised us an interview. 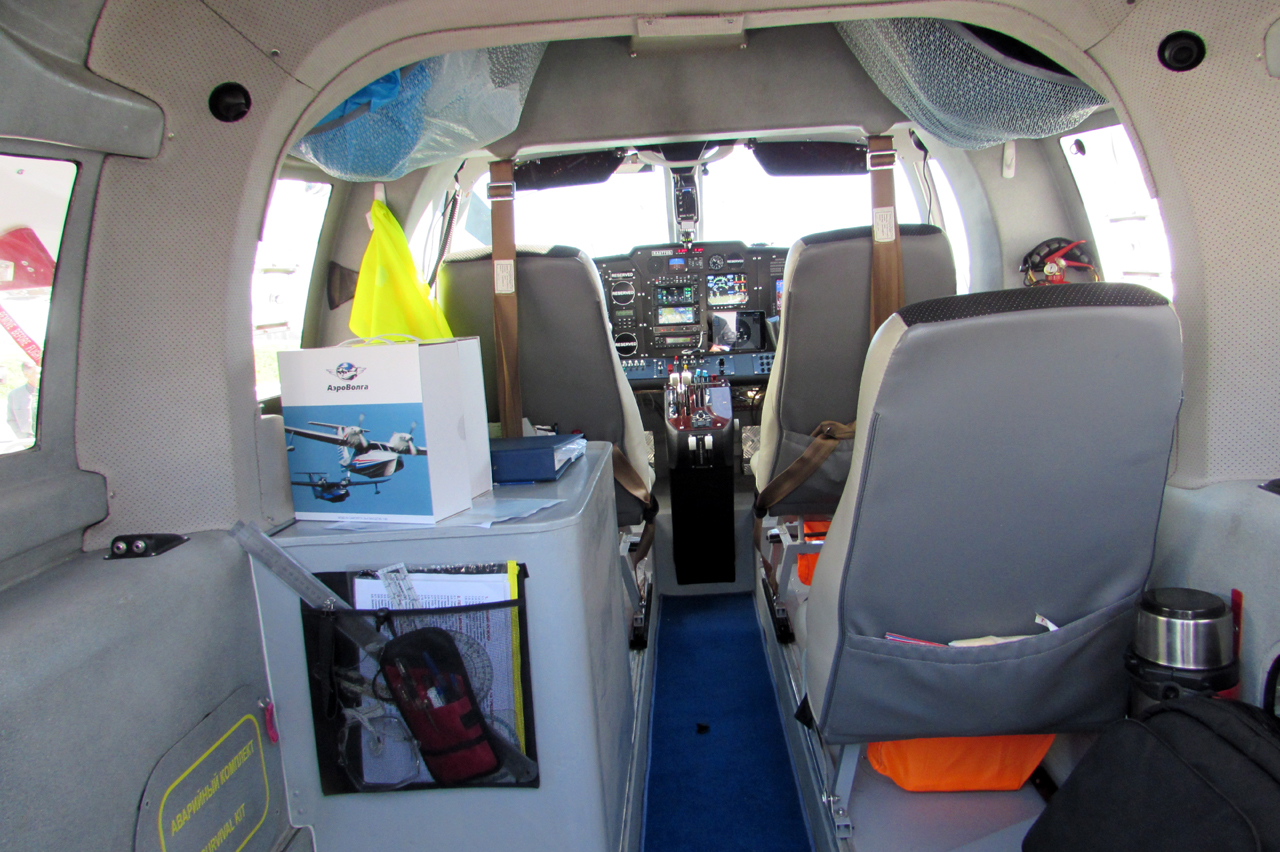 The Sportsman American built from the kit seaplane transported for a buyer to Sweden. It has two interesting: autodizel fuel powered engine takes off from the water. The four chairs interesting layout is located, the passengers back sitting to the pilots and a big trunk too. 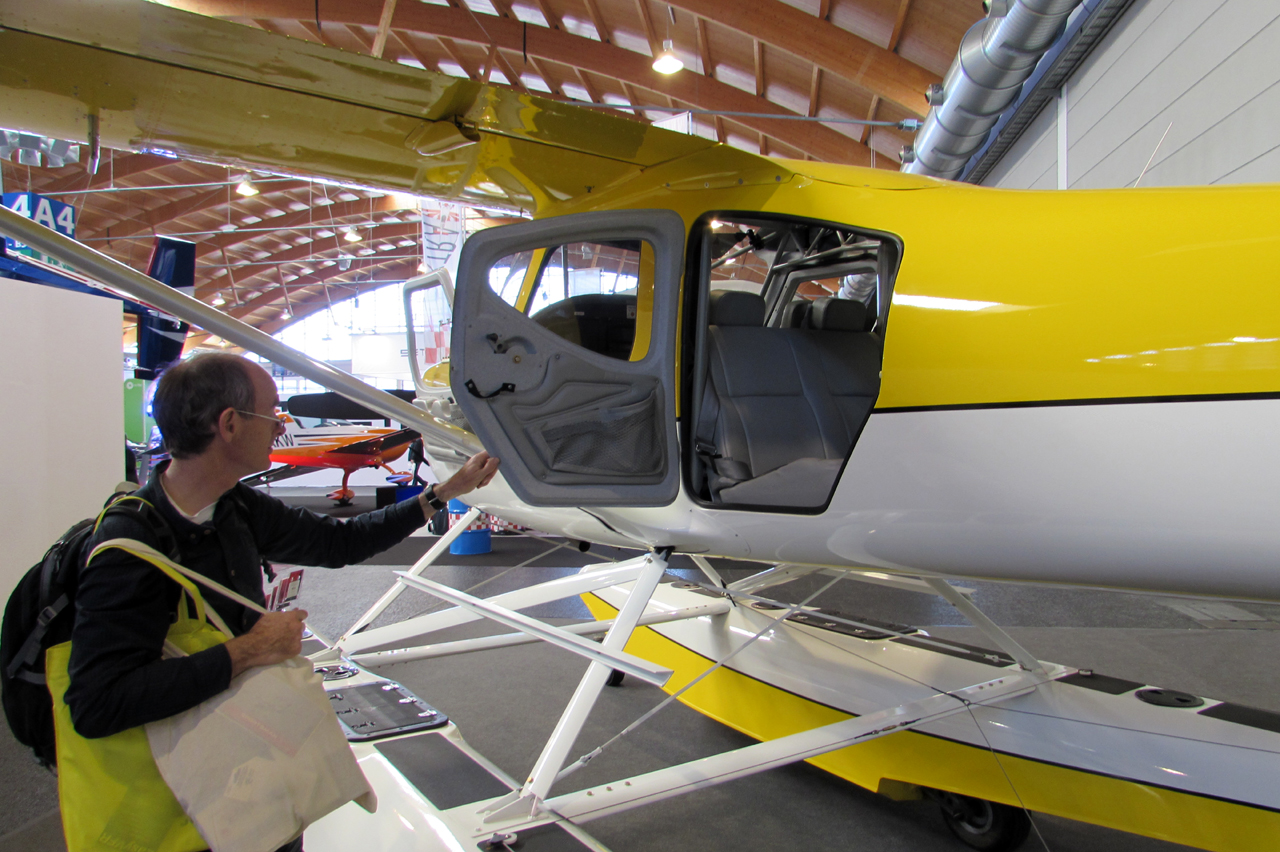 We met old friends even more, unfortunately they made out mock-up. The larger scale modell was a USA-designed, but the Czech produced seaplane without wings. (behind this photo) The other was Tuscan IDINTOS, which manifested itself two years ago. 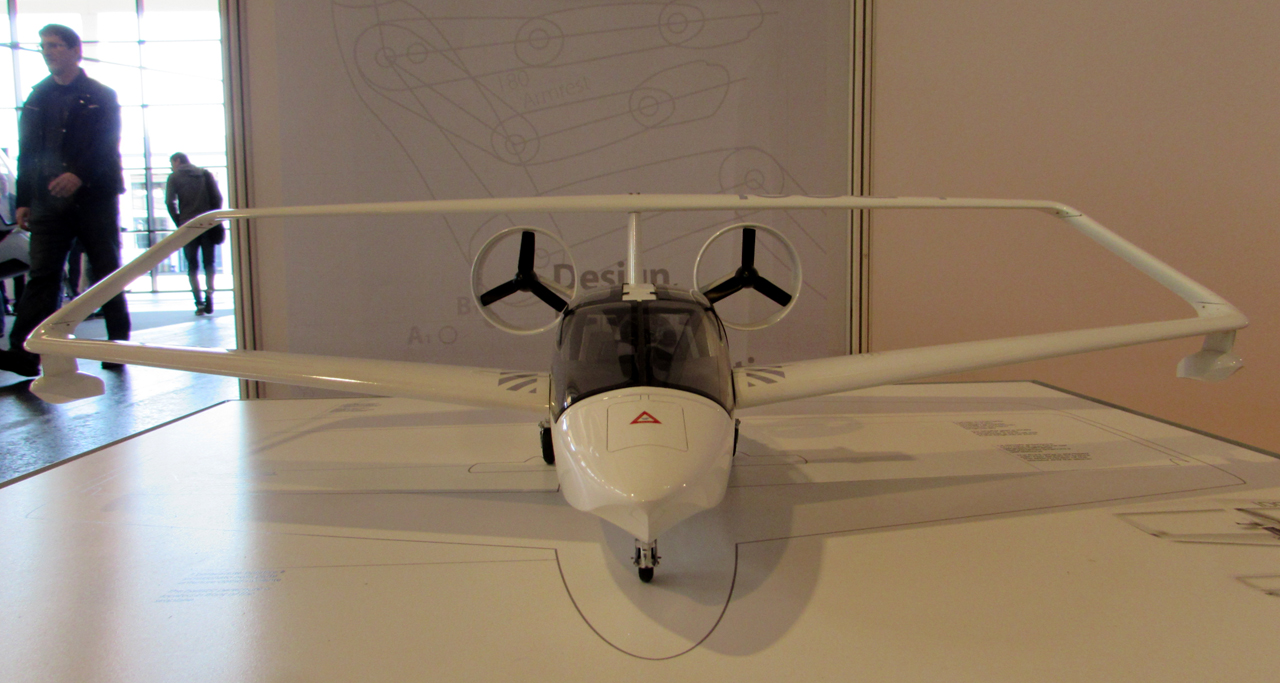 Max Pinucci, the box-wing seaplane designer told me, he hopes, after his virgin flight the IDINTOS is flying to Aero Friedrichshafen next year.