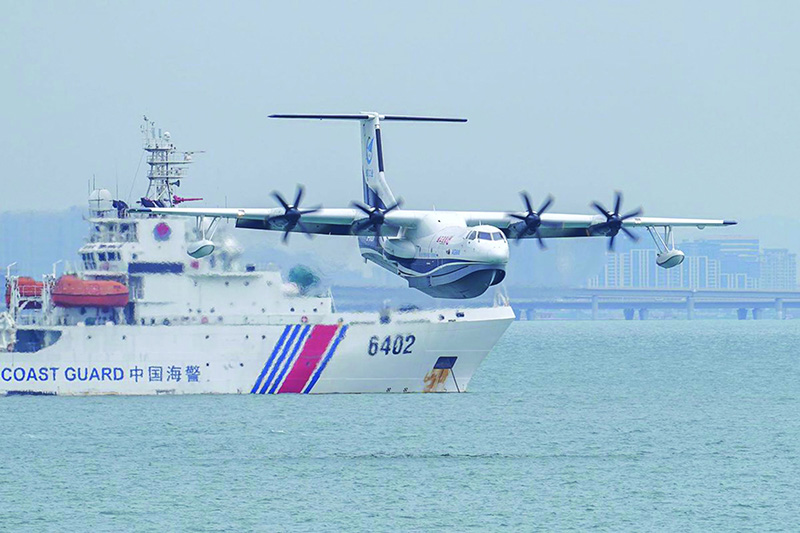 The successful maiden flight from the sea is a major step forward in the development of this large amphibious aircraft following its maiden flight in 2017 and first takeoff from a water reservoir in 2018.

The AG600, together with the Y-20 large transporter and C919 single-aisle passenger airplane, is part of China’s key project of independently-developed “large aircraft family.” Codenamed Kunlong, the AG600 is a key aeronautical equipment in China’s emergency rescue system, said the AVIC.

The Kunlong giant seaplane is designed to meet the country’s demands for forest firefighting, marine rescue and other critical emergency rescue missions. It is also the first time that China’s aviation industry has developed a special-mission large civil aircraft model.

To prepare for the maiden sea takeoff, the AVIC completed multiple test flights over sea so that crew members could become familiar with the air and marine environment, according to the developer. The development team and test flight team have optimized the aircraft, trained test flight pilots and made preparations for test flights in a maritime environment. 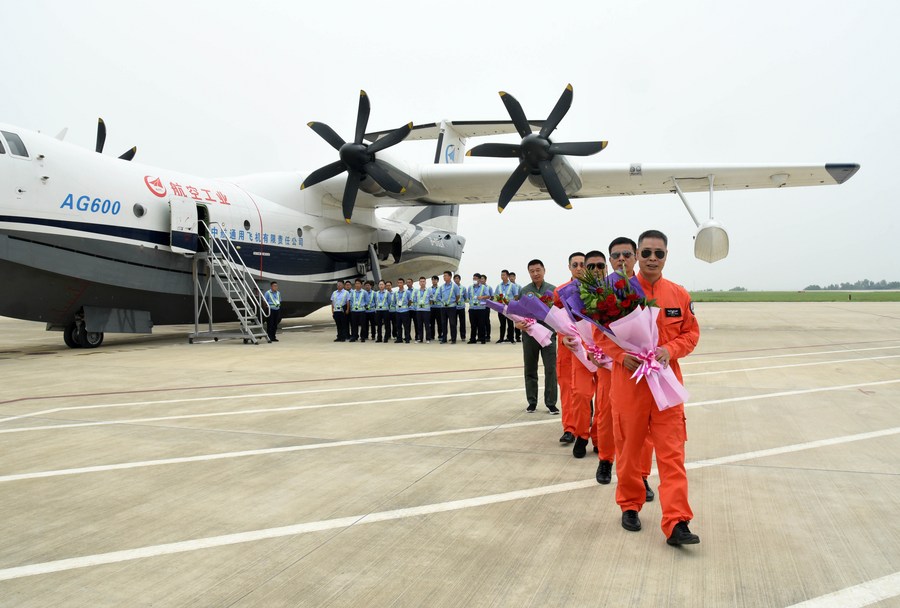 Starting in 2009, the AG600 amphibious airplane project has been designed with the potential to have multiple variants, seeking to continuously meet various demands of customers. The multi-tasking amphibious plane can take off and land on both ground and water, thus packing more potential for various missions.

With long-range and long-haul capabilities, the AG600 can efficiently shuttle between the fire site and water source, each time carrying as much as 12 tonnes and dropping water over an area of 4,000 square meters.The AG600 is designed to operate in complex weather and environment conditions. In rescue missions, it can conduct low altitude water surface search and anchor for water and maritime rescue missions. The aircraft is capable of rescuing up to 50 people on each mission. 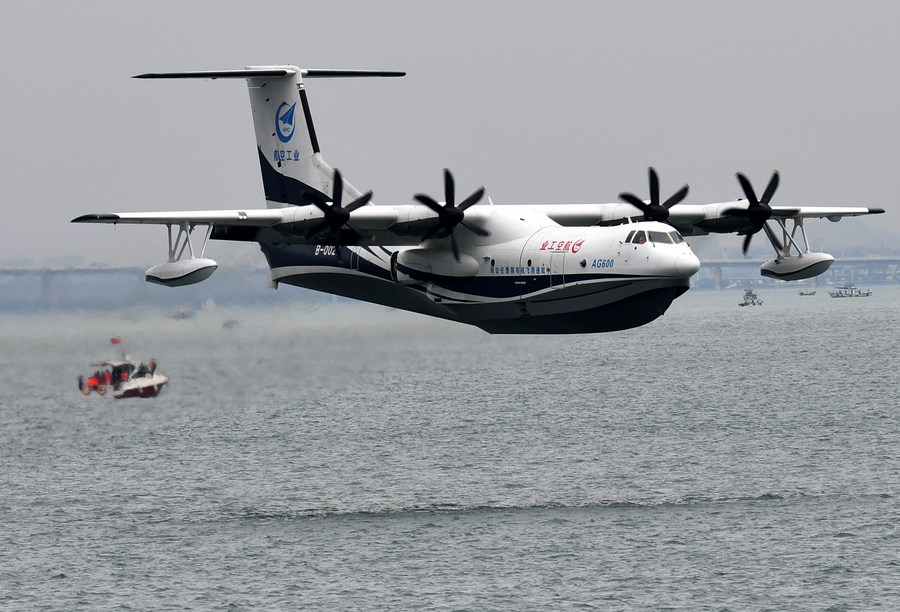 Besides roles in firefighting and water rescue, the AG600 aircraft can be modified or fitted with more facilities to meet customers’ special mission requirements. The AVIC will facilitate further development of the AG600 project. The development team will focus on the firefighting-type of AG600 aircraft, which is expected to be completed by 2023, said the Chinese AVIC airplane factory.

In my opinion, it is a pity that the Chinese factory’s use plans do not include passenger transport.